“The Best of All Worlds“ on ORF prime time!!!

The film was shown right after the traditional federal president’s speech – more prime time isn’t possible! We are honored by the trust ORF has shown us. ORF co-financed via the film and TV agreement and made the production possible in the first place. We are grateful for both.

Those who missed out on the national holiday at 8:15 pm have a few more chances to watch it:

second…the movie will be repeated on Saturday, October 27 at 1:55 a.m.

Do will feel pressure to meet a quota? Yes, a bit, but we trust in the audience who we believe wants to see movies made in Austria – and our film, which – believe it or not – is still on the program of movie theatres here and there.

On September 8 2017 “The Best of All Worlds“ was released in the cinemas. On October 11 2018, the Austrian cinema association (Fachverband der Kino-, Kultur- und Vergnügungsbetriebe) awarded our distributor polyfilm and the producer RitzlFilm ritzberger&ritzberger  the “Golden Austria Ticket“ for the 75,000 viewers. Currently we already counted over 98,000 viewers. However, including the not yet precisely determined number of free movie tickets, summer open-airs etc., we have already made the magic 100,000 viewers. Together with the films “Die Migrantigen“, “Help I Shrunk My Parents“ and „Arthur & Claire“ as well as Werner Boote’s “The Green Lie“ we are among past year’s most successful movie productions.

Sounds like a dream come true, but yes, the movie is still on in the in cinemas’ regular programs. Mainly “Das Kino” in Salzburg offers film screenings over and over again – usually with a full house. At this Salzburg movie theatre alone almost 20,000 people came to view the film. We are very grateful to the owner Renate Wurm and our wonderful distributor Hans König (polyfilm), his executive director Sabine Hoffmann and the “Master of the World” in booking, Stefanie Stejskal and all the other cinema owners who showed our film.

By now our film has been invited to over 50 festivals around the globe and on every continent. The invitations keep coming as well as the awards.

The hottest news: at the Int. Filmfestival Southampton our wonderful Verena Altenberger once again received the Award for Leading Actress in a Feature Film and our director Adrian Goiginger was awarded Best Director of a Feature Film.

In summer the Best of All Worlds was shown at several festivals in the U.S., where the film was well received. At the Macon Film Festivals in Georgia we took home the Best in Show Award.

In Chicago and in Bay City, Michigan we were showered by awards, such a nice surprise!

And finally another award for our DoPs Yoshi Heimrath and Paul Sprinz at the Hells Half Mile & Music Film Festival in Bay City, where Verena Altenberger (Best Lead Actress), Lukas Miko (Best Supporting Actor) and Adrian Goiginger (Special Jury Award – Best Director) also took home the „Best Cinematography Award. Our congratulations and one more time we would like to say that they deserved it!

… and still no end in sight…

At the end of October we had our fingers crossed for the one and only, our cutter Ingrid Koller. This year it is the 18th time the FilmschnittPlus Festival will be held and Ingrid Koller has been nominated for the The Best of All Worlds. She is also representing the Austrian film, because since 2013 Austrian films are admitted at the festival, which until then was reserved for German movies only. The award ceremony will take place on 29th October 2018 in Cologne.

For the rest of the year we received invitations to the following festivals:

• and in January the Global Lift Off Awards will be awarded at the Pinewood Studios in London (in July we won the Lift Off Best Feature Live Action Narrative in Toronto, which was   presented in August in Los Angeles and thus we are nominated for the Global Lift Off)

We already received an incredible number of awards – over 80 – but not at every festival. Only recently at the 11th Bushwick Film Festival, New York (USA), actually Brooklyn, we didn’t receive any award. Let’s see whether there is more to come!

“The Best of All Worlds”

For all those, who haven’t yet seen our wonderful film the DVD and VOD were released on March 9 2018! 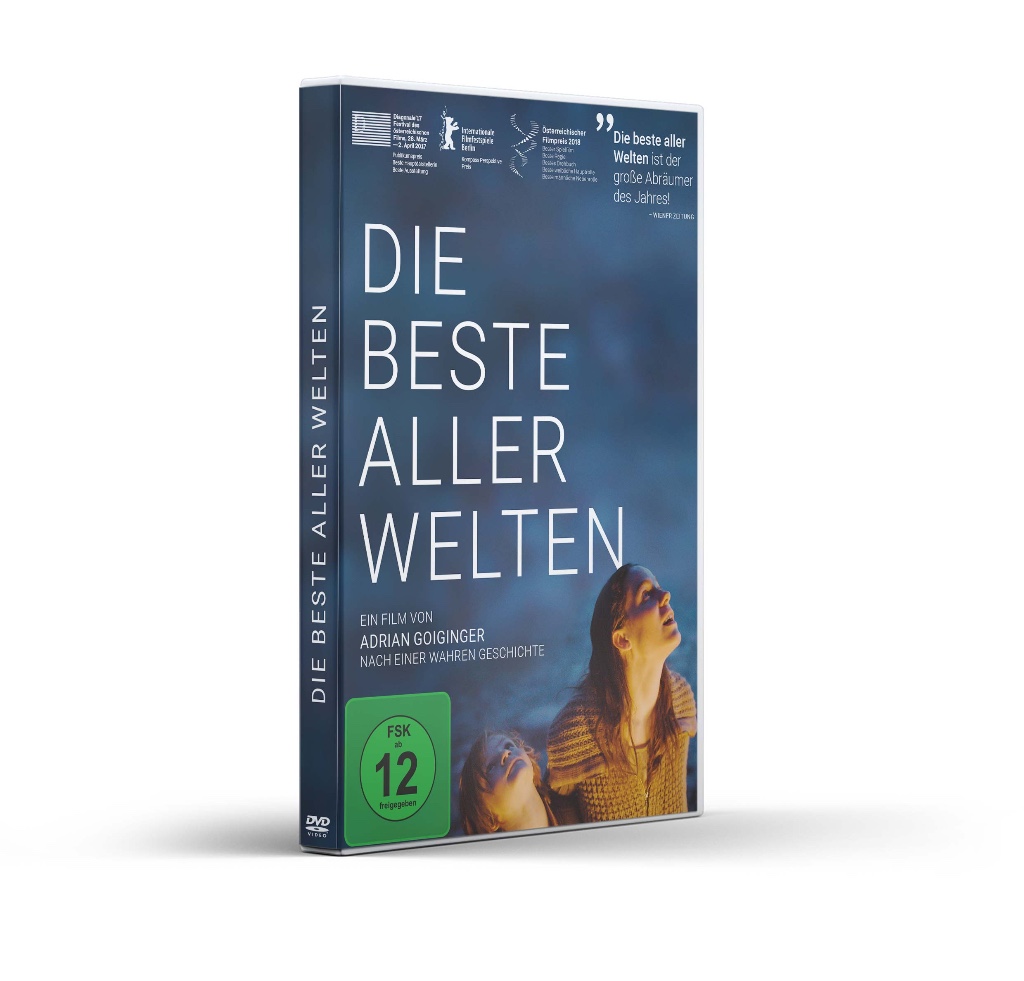